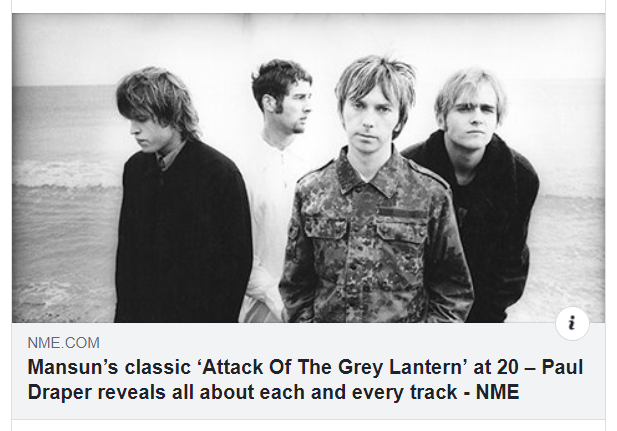 To celebrate the 21st anniversary reissue  of  ‘Attack Of The Grey Lantern’, former Mansun frontman Paul has talked the NME through each track of the album.

You can read the article in full, HERE .