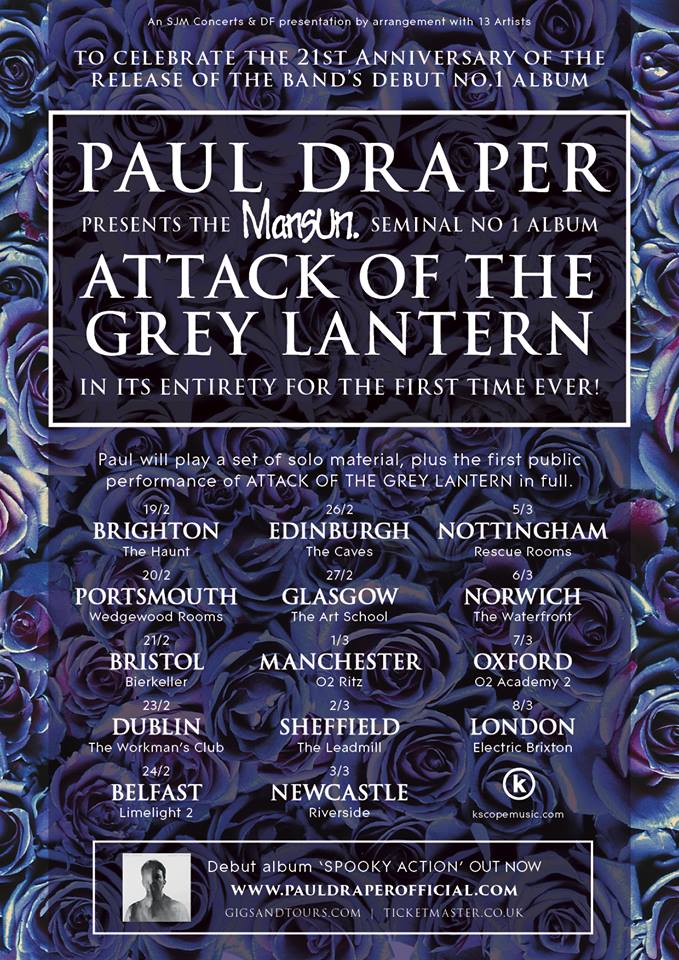 Tickets are selling fast for former Mansun frontman Paul Draper’s February / March tour where he will be performing the band’s seminal No. 1 album, ‘Attack Of The Grey Lantern’ in its entirity for the first time ever, in addition to a set  from his critically acclaimed solo work.  The tour  will be visiting a 14 cities across the UK and Ireland, but a number of venues are now close to selling out, so make sure you don’t miss out by getting your tickets now:  Tour tickets HERE !