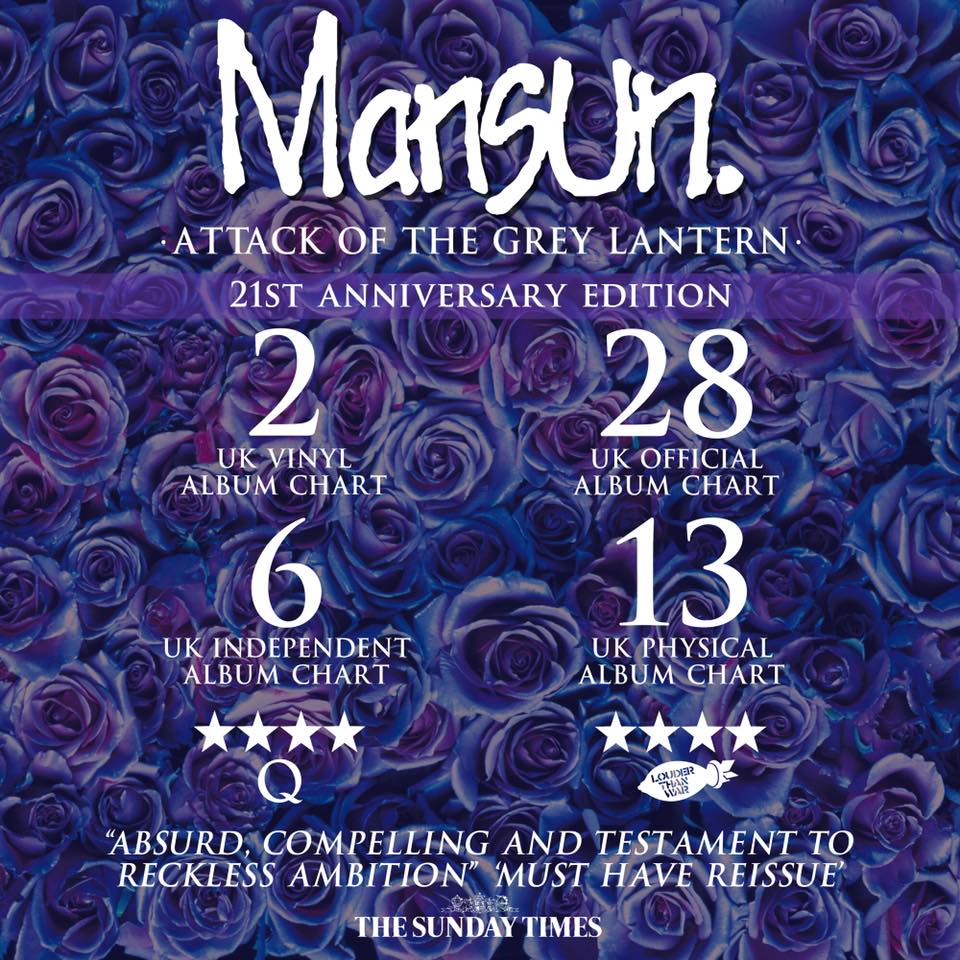 The deluxe remastered reissue of Mansun’s iconic debut album, ‘Attack Of The Grey Lantern’ is available in a wide range of formats:

As a lavish four disc deluxe book (3CD+DVD) which includes remastered album, DVD (including 5.1 mix, original videos and hi-def mix), a 70 page book with a new extended essay on the making the record and its impact, a CD of never before heard demos, rarities & outtakes and a CD of selected Mansun BBC Sessions;

As a 2 x black gatefold vinyl;

As a media book CD;

and on all digital platforms.

To buy or stream visit : http://found.ee/AOTGL_21ST_ANNIVERSARY .