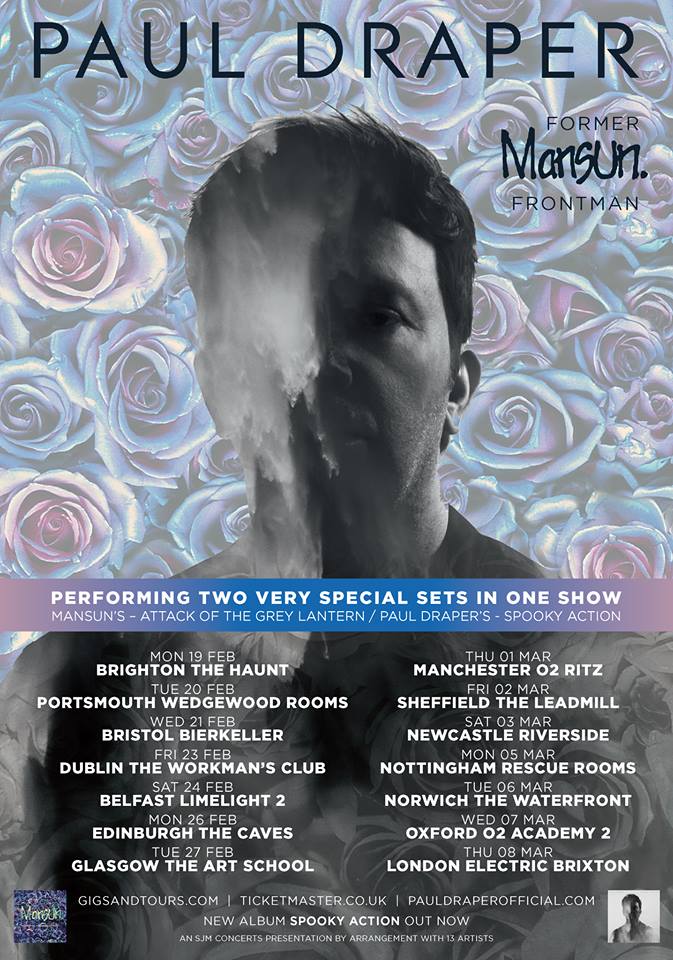 Former Mansun frontman, Paul Draper, has announced that he will play Mansun’s chart topping album, ‘Attack Of The Grey Lantern‘ in full on his February / March tour, IN ADDITION to playing a full set from his solo album ‘Spooky Action‘.

Following a fan poll on the Mansun’s Only Love Song Facebook group, in which thousands of votes were cast and ‘Attack Of The Grey Lantern’ won by the narrowest of margins, Paul issued to following statement

“I will play Attack Of The Grey Lantern in full, live on every date of the Feb/March 2018 UK tour. I will be performing 2 sets, opening with Spooky Action & solo material then, after a short intermission, will play AOTGL in full, to celebrate its 21st Anniversary. This will tie in with other important announcements to be made about the anniversary of the record over the coming months.
The polls have shown there is a huge interest in hearing both albums. Both AOTGL & Six received thousands of votes, with nothing to choose between them. It was impossible to separate them realistically at the end. I therefore make this promise now, to perform Six in full in the near future so everyone wins in this tight poll. However, we will start with AOTGL after my solo set starting Feb 19th, nearly 21 years to the day from the album’s original release. I so much look forward to seeing you on the Feb tour. The last tour was amazing, I’m hoping we can take this to a new level.“