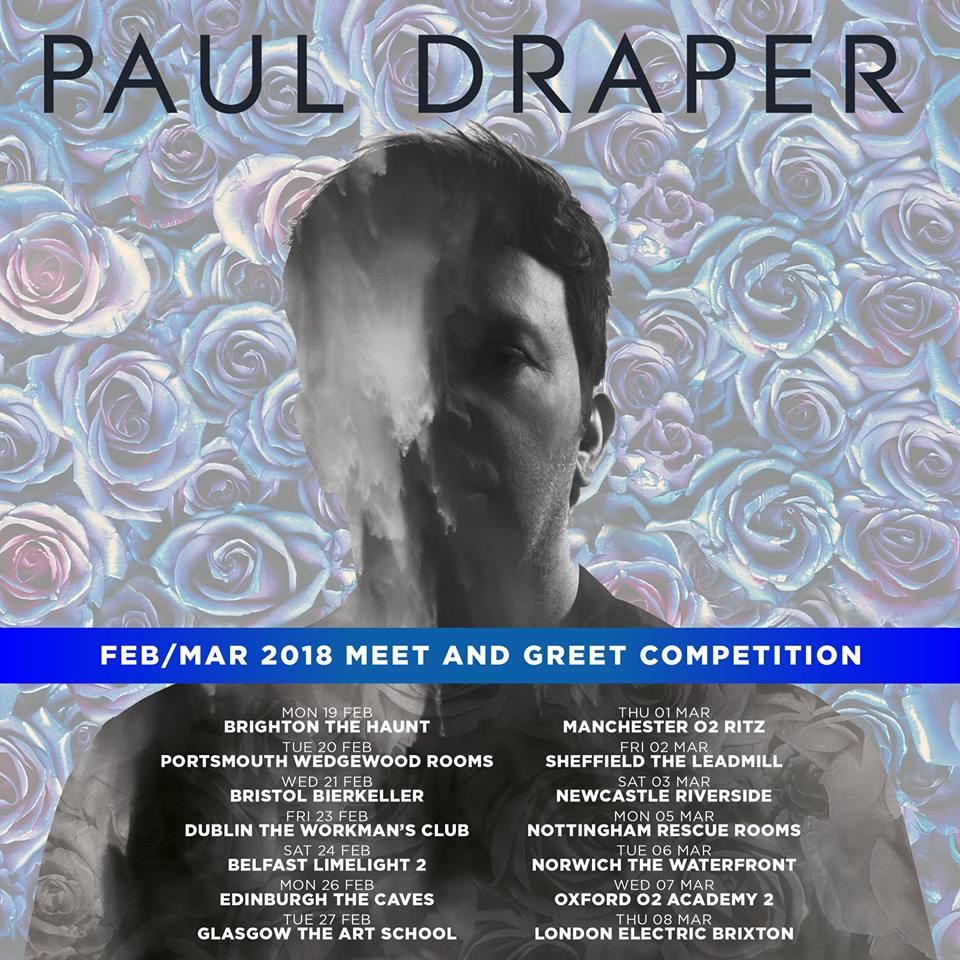 A very special competition has been launched where the lucky winner and up to two friends can have exclusive backstage access to former Mansun frontman, Paul Draper and his band on the ‘Attack Of The Grey Lantern’ tour in February/March!

The lucky winner will be invited into the venue of their choice on the  February / March 2018 UK Tour with up to two friends, to watch the band soundcheck ‘Attack Of The Grey Lantern’ & Paul’s new solo material. After the soundcheck they will then get to meet and hang out with Paul and the band before the doors open for the show;  an unforgettable experience!

You can find full details of the competition and how to enter:

Paul will perform two sets on his February / March tour of UK and Ireland.  The first set will be drawn from his recent, critically acclaimed, ‘Spooky Action’ solo material.   Then he will perform Mansun’s ‘Attack Of The Grey Lantern’ live,  IN IT’S ENTIRITY, for the first time ever to celebrate the 21st anniversary of this seminal no 1 album.