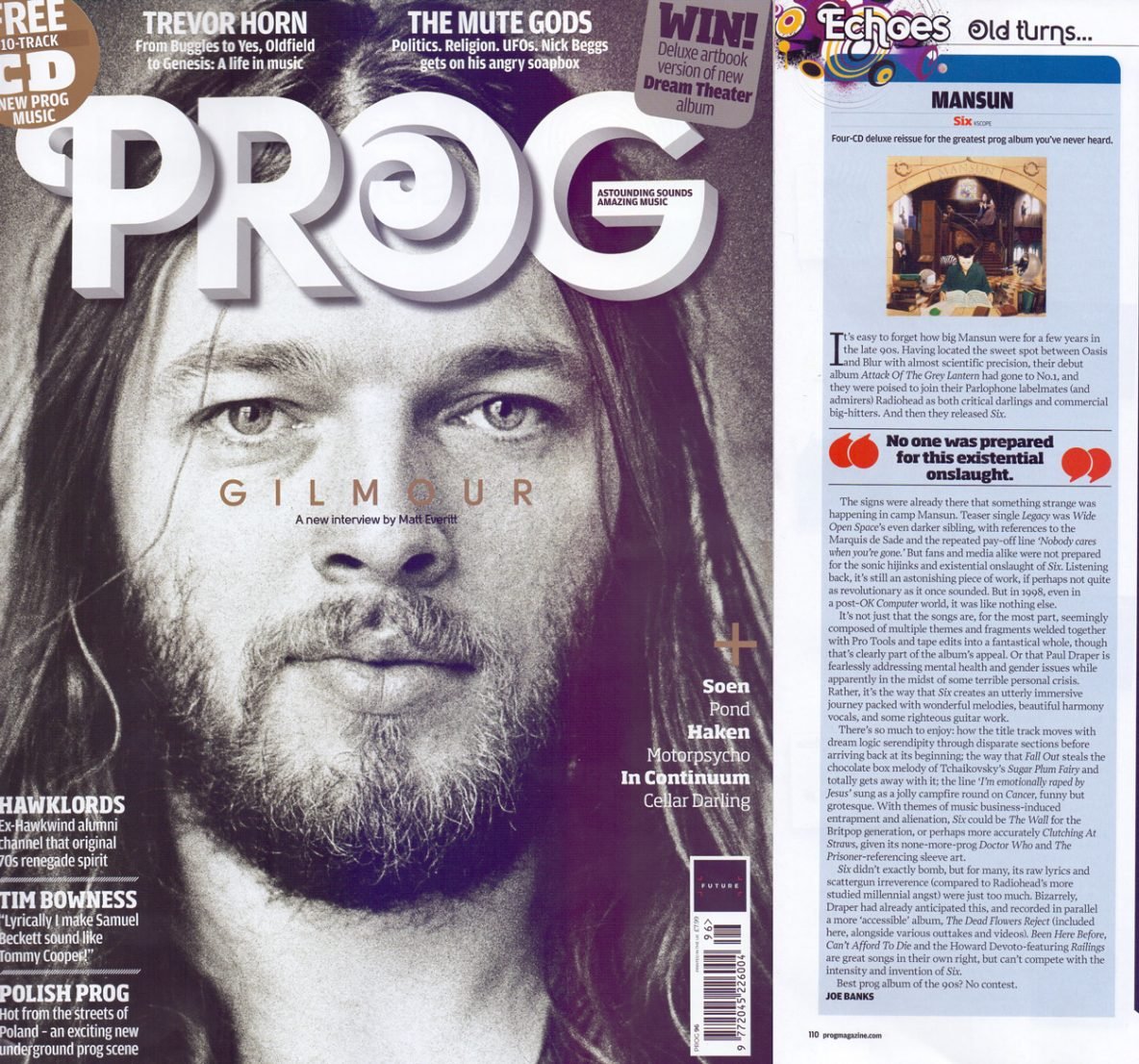 The March issue of Prog Magazine has reviewed the Deluxe reissue of Mansun’s classic cult album SIX, describing it as the best prog album of the 90s.

“Listening back, it’s still an astonishing piece of work, if not perhaps as revolutionary as it once sounded. But in 1998, even in a post-‘OK Computer’ world, it was like nothing else”

The ‘Six’ reissue is released on the 22nd March in several formats  including a Limited Edition Heavyweight Vinyl in green, blue, clear and black options and a Deluxe 4 Disc set with accompanying hardback book.

To buy or for more information visit   https://mansun.lnk.to/SIX_REMASTERED

The March edition of Prog magazine is available in all good newsagents, now. 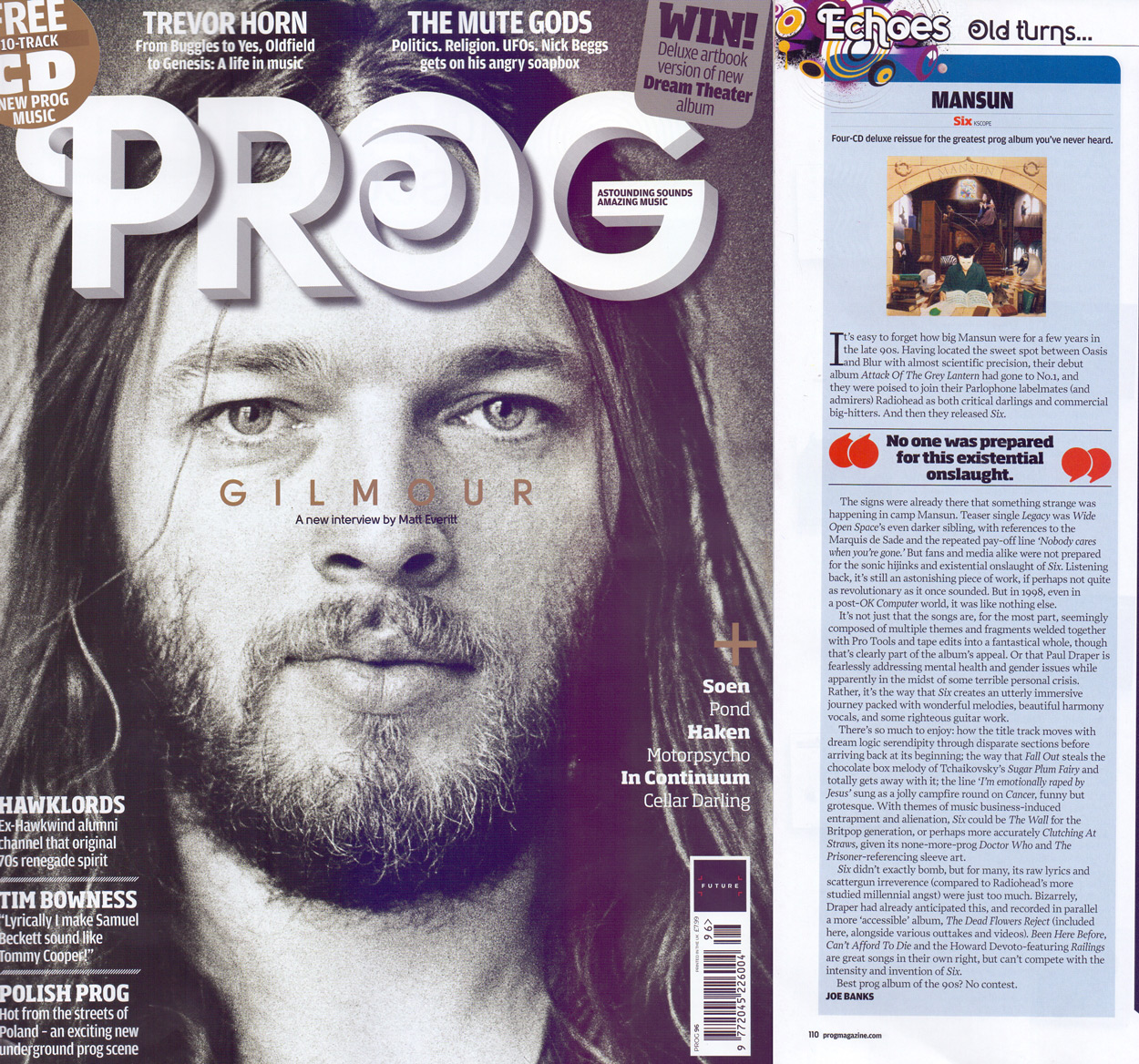