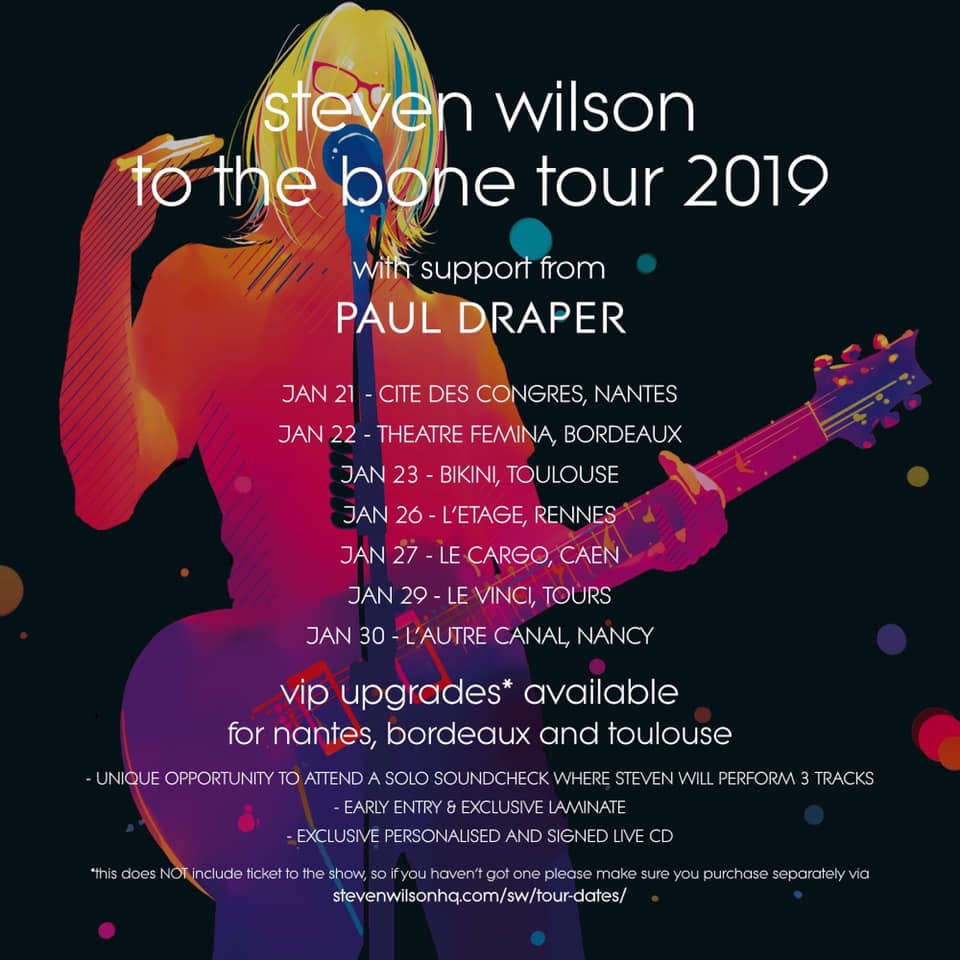 Former Mansun frontman, Paul Draper, has announced that he will be touring France with the king of Progressive Rock music, Steven Wilson, in January 2019.   In the style of his recent hugely successful UK acoustic tour, Paul will be playing an acoustic set, featuring both Mansun and solo tracks, accompanied by his guitarist Ben Sink.

Dates are as follows:

Tickets are on sale now HERE