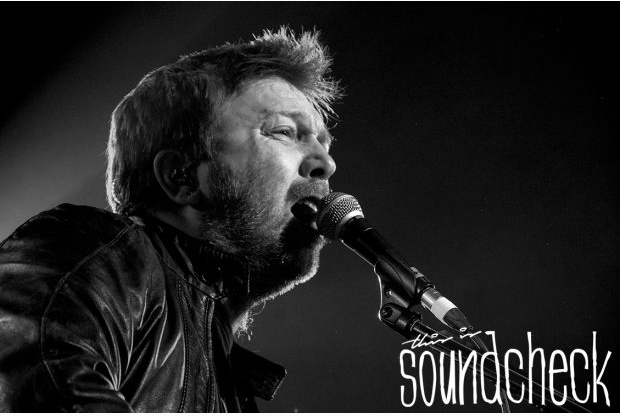 Webzine ‘This Is Soundcheck’ has published a glowing review of former Mansun frontman, Paul Draper’s Birmingham gig,  saying of Paul

“He becomes the perfect frontman and sings effortlessly and blasts out some chunky guitar like the Draper of old.”

“After fourteen years out of the limelight, and predominantly out of music (with the exception of an appearance on stage with The Joy Formidable and co-writing tracks for the debut album by The Anchoress – who is playing keyboards for him tonight) it has been easy to forget what a charismatic and brilliant performer Paul Draper is. Watching him play guitar is a joy, and to hear those vocals again, particularly on the odd Mansun tracks that he drops in to the set is a relief.

There are many highlights tonight, mostly from ‘Spooky Action’ and include ‘Don’t You Wait, It Might Never Come’, ‘Feeling My Heart Run Slow’, ‘Friends Make The Worst Enemies’ and new single ‘Grey House’. We even get an acoustic breakdown mid-set where the first Mansun song of the set appears in the form of ‘Disgusting’. The main set closes on an epic rendition of Mansun’s ‘I Can Only Disappoint U’ which causes the audience to participate and create a Birmingham style sing-along.”

You can read the full review, which really captures the great atmosphere at the gig HERE . 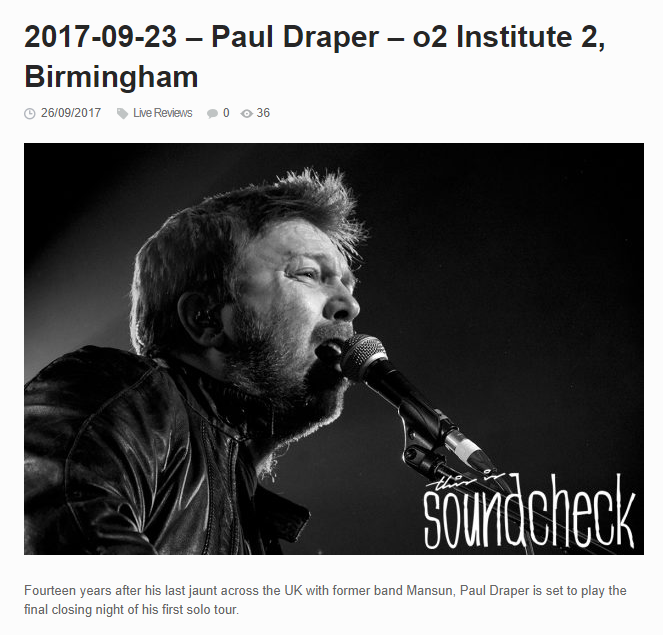