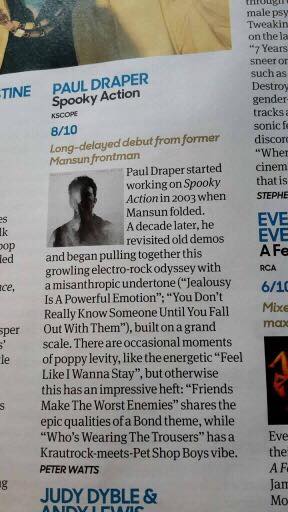 Prestigious Music magazine ‘Uncut‘ has published an early review of ‘Spooky Action’, awarding it an impressive 8 out of 10!

The review describes the album as a ‘growling electro-rock odyssey … built on a grand scale … with  occasional moments  of pop levity … but otherwise this has an impressive heft‘.

‘Spooky Action’ is the debut solo album by former Mansun frontman, Paul Draper.  It will be released on the 11th August and is currently on pre-sale from a wide range of outlets HERE .