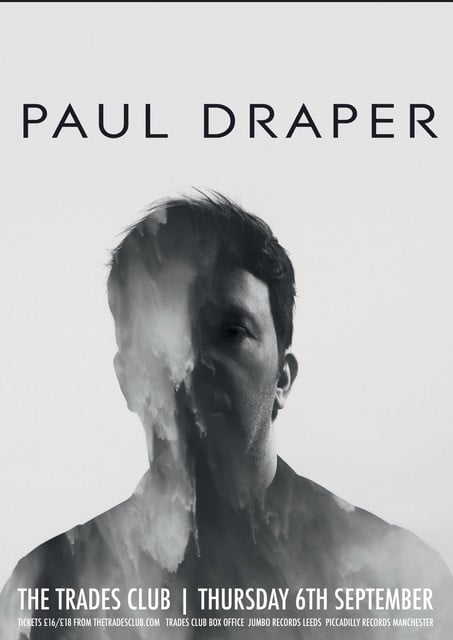 Former Mansun frontman, Paul Draper has announced a special warm-up show at the Trades Club in Hebden Bridge, West Yorkshire, on the 6th September, ahead of his band’s appearance at Festival Number 6 at Portmeirion in North Wales.

The Festival Number 6 show will be on the 20th Anniversary  of the release of ‘SIX’ on the 7th September and Paul is planning to play 3 or 4  tracks from ‘SIX’ at the festival.  Hebden Bridge will be the first chance to hear  ‘SIX’ tracks  played live by Paul and his band.

Tickets are available from http://thetradesclub.com/events/paul-draper