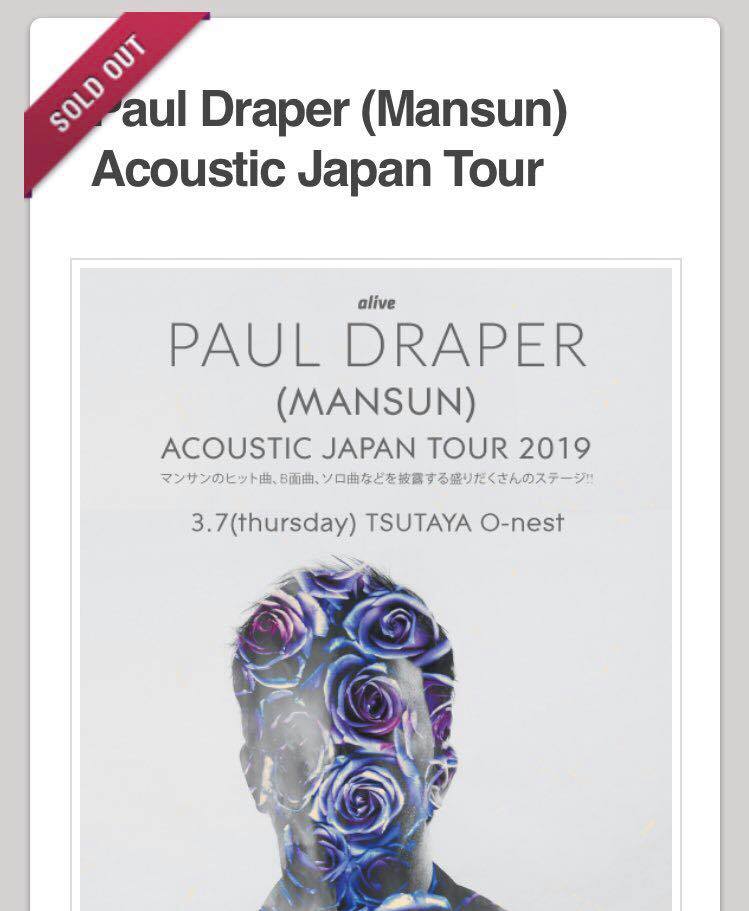 Following his hugely successful UK acoustic tour in November, former Mansun frontman Paul Draper has announced his first live show in Japan since 2000.  Accompanied by his guitarist Ben Sink, he will be performing in Tokyo on the 7th March 2019.

“Having frequently visited Japan during my time in Mansun I am absolutely delighted to be returning to Japan to perform with my guitarist Ben Sink. I have always said to the Japanese fans who still follow me it would be a dream to return, and that dream has now become a reality. I will play both songs from my solo career and Mansun songs and I’m looking forward to seeing fans who I have not seen for a long time and also to see new fans who have become fans of my solo career or discovered Mansun since the band’s split. See you at the gig! Paul”

Tickets are on sale now at: http://alive.mu/event/detail/89