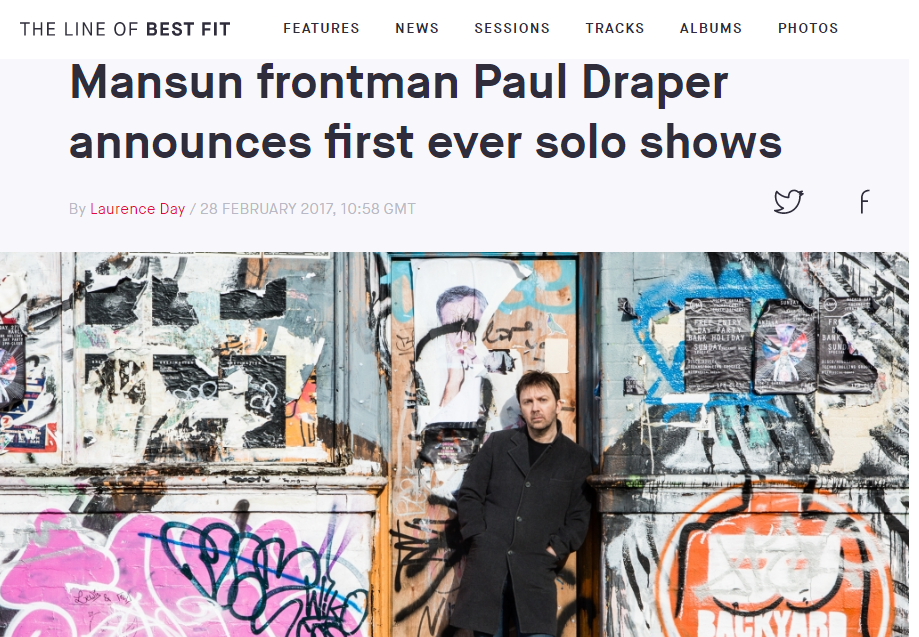 ‘Line Of Best Fit’ has become the latest zine to cover Paul Draper’s debut solo tour in September.  In the article Paul explains

“I have had a few rehearsals with my band and we are happy to move forward with shows now we’ve road-tested ourselves.  Mansun had a reputation as a fierce live band and I wouldn’t want to do anything unless it was of the same calibre.”

Tour dates are as follows:

The full ‘Line Of Best Bit article’ can be found HERE .