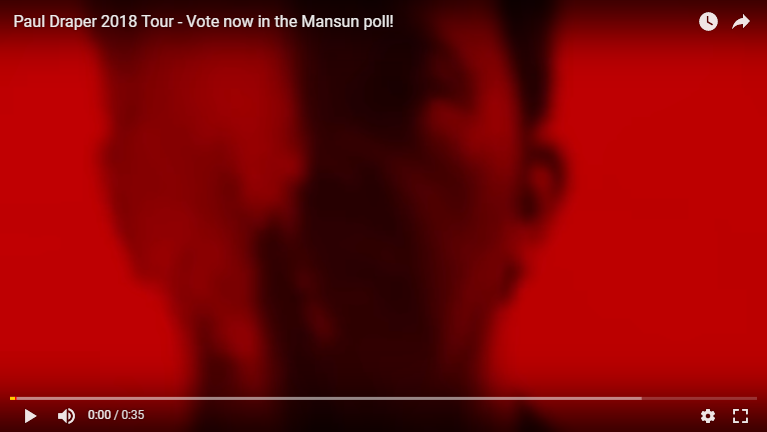 As reported here earlier, former Mansun frontman Paul Draper  has announced he will perform a Mansun album IN FULL  on his February/March 2018 UK and Ireland Tour, IN ADDITION to a full Spooky Action set.

You can vote now for the Mansun album you would like Paul to play  by going to the ‘Mansun’s Only Love Song’ group on Facebook  HERE .     The poll will close on Monday at 6pm.