With the start of his Far East tour just days away, former Mansun frontman Paul Draper has given a revealing interview to Kyodo News.  In it Paul talks about  his excitement to be visiting Japan again, his plans to do a major tour later in the year of both Mansun’s iconic album ‘Six’ and his second solo album, and also the future release plans for later Mansun albums. 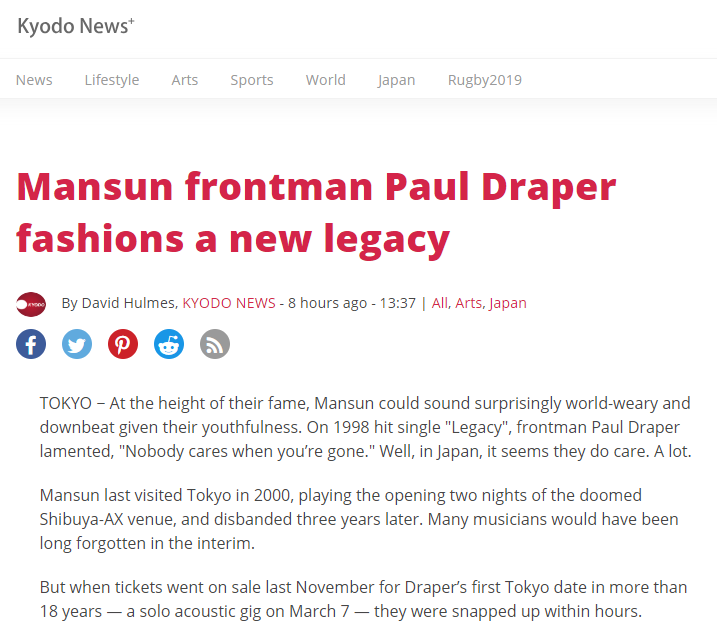 You can read the whole interview in English HERE .

Japanese Tour dates are shown below and tickets are available HERE