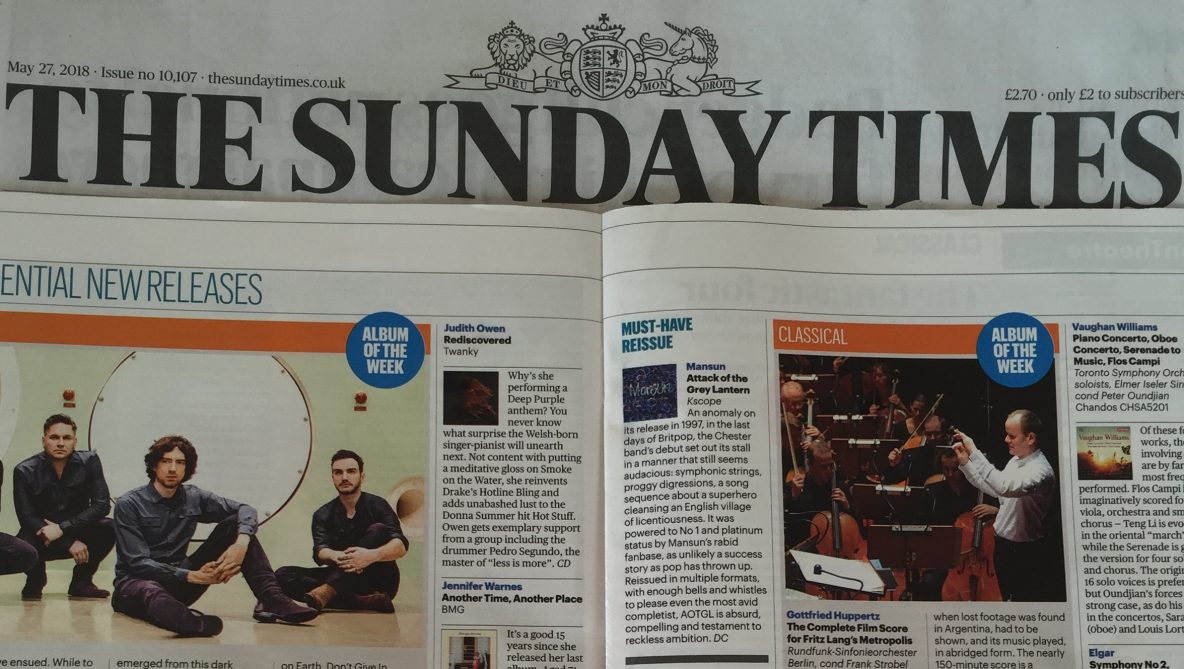 The Sunday Times have given the 21st anniversary reissue of Mansun’s ‘Attack Of The Grey Lantern’ a glowing review, describing it ‘A Must Have Reissue’.

‘An anomaly on its release in 1997, in the last days of Britpop, the Chester band’s debut album set out its stall in a manner that still seems audacious; symphonic strings, proggy digressions, a song sequence about a superhero cleansing an English village of licentiousness.  It was powered to No 1 and platinum status by Mansun’s rabid fanbase, as unlikely a success story as pop has thrown up. Reissued in multiple formats with enough bells and whistles to please even the most avid completist, AOTGL is absurd, compelling and testament to reskless ambition.‘

‘Attack Of The Grey Lantern’  will be available on:

as a media book CD;

as a 2 x black gatefold vinyl;

and as a lavish four disc deluxe book (3CD+DVD) including remastered album, DVD (including 5.1 mix, original videos and hi-def mix), a 70 page book with a new extended essay on the making the record and its impact, a CD of never before heard demos, rarities & outtakes and a CD of selected Mansun BBC Sessions.

Preorder your choice now to receive on the 8th June from : http://found.ee/AOTGL_21ST_ANNIVERSARY 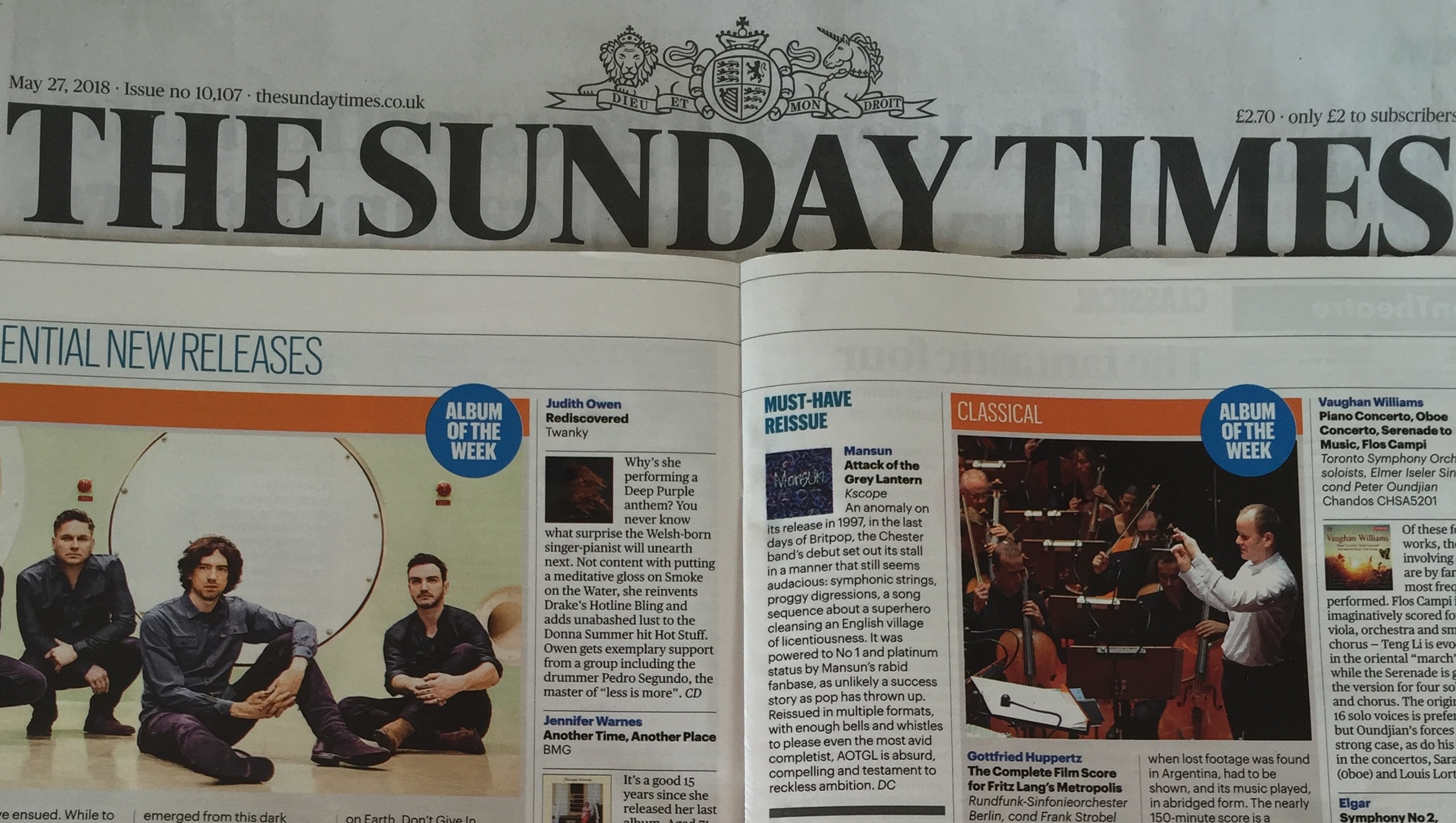