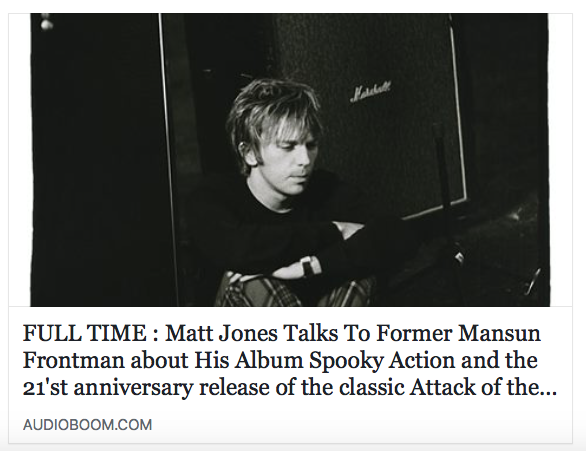 To mark the 21st anniversary re-release of Mansun’s chart topping album ‘Attack of the Grey Lantern’, former frontman, Paul Draper, has given an interesting interview to Matt Jones of Liverpool’s Radio City.  In it he talks  about his recent tours and critically acclaimed debut solo album ‘Spooky Action’.

You can listen to it HERE .