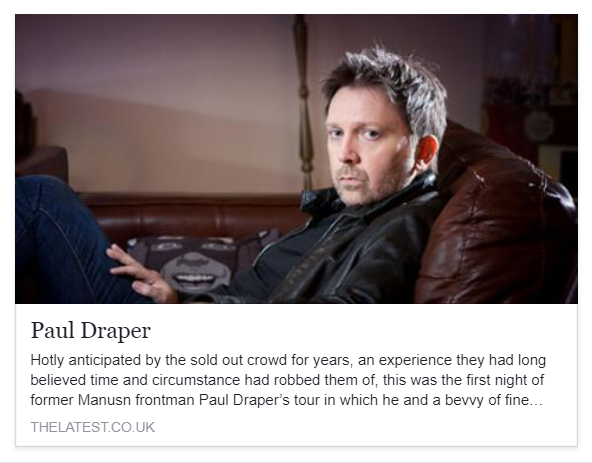 ‘Hotly anticipated by the sold out crowd for years, an experience they had long believed time and circumstance had robbed them of, this was the first night of former Manusn frontman Paul Draper’s tour in which he and a bevvy of fine musicians were seen playing the seminal album ‘Attack Of The Grey Lantern’ from delightful start to secret track finish.

Psychadelic harmonies soared, layers of sound moved like the murmurations of the starlings on the pier – plunging and moving in their own deeply melodious turns, with Draper’s distinctive vocals leading the way.‘

‘The evening could have been billed as nostalgia. Instead we witnessed a man giving the people what they wanted, and a little bit more.‘

Tickets are still available for some of the remaining gigs.  Check HERE !