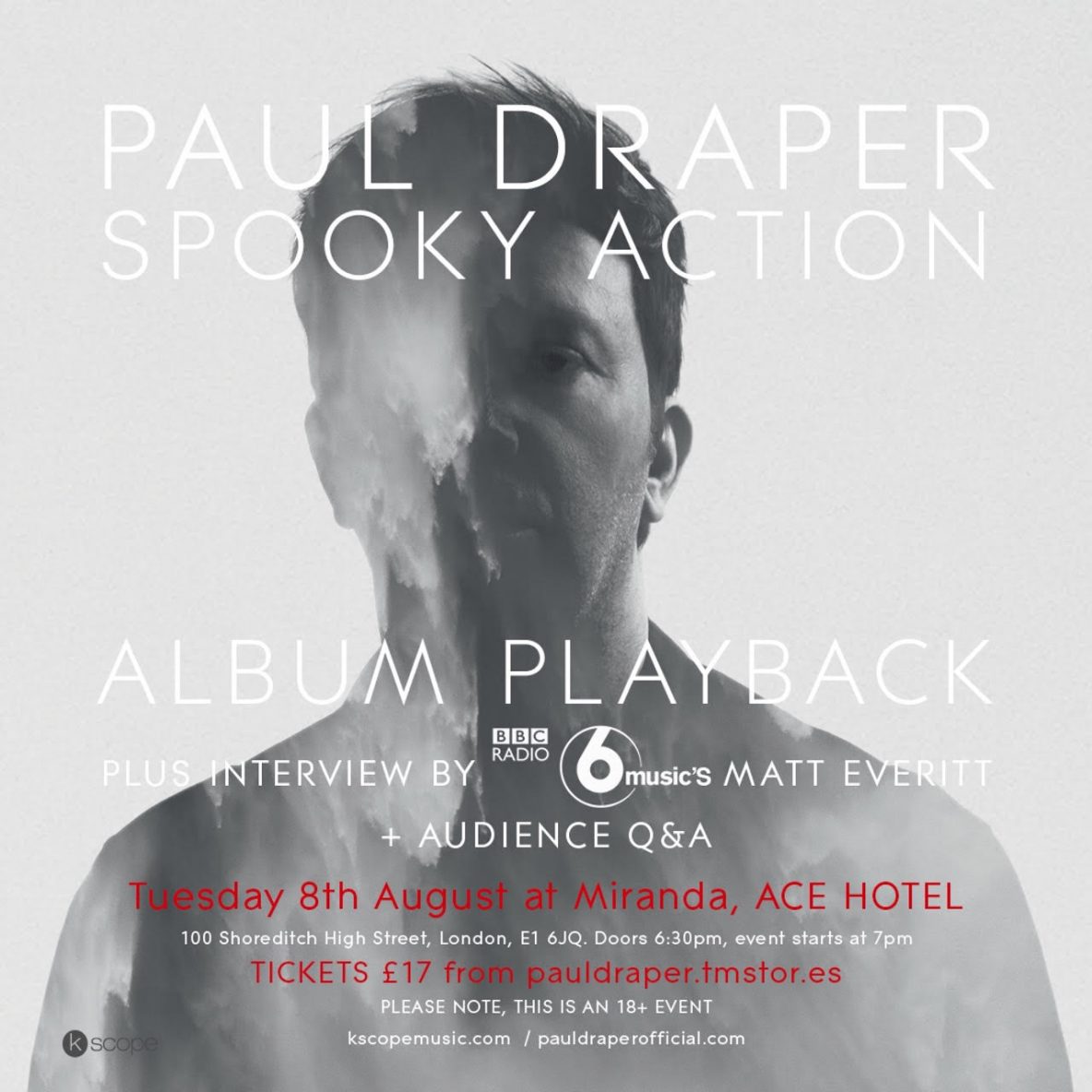 Former Mansun frontman, Paul Draper in conjunction with Classic Album Sundays, is pleased to announce ahead of its release a  full album playback of his new solo album “Spooky Action” on Tuesday 8thAugust  at Miranda at The Ace Hotel, 100 Shoreditch High Street, London, E1 6JQ.

Doors open at 6:30pm, the event begins at 7pm with Paul being interviewed by BBC 6 Music’s Matt Everitt after which the playback starts. Afterwards attendees have the opportunity to ask Paul questions relating to the album. The event is expected to end around 22:00.  A very select number of tickets are now available HERE . 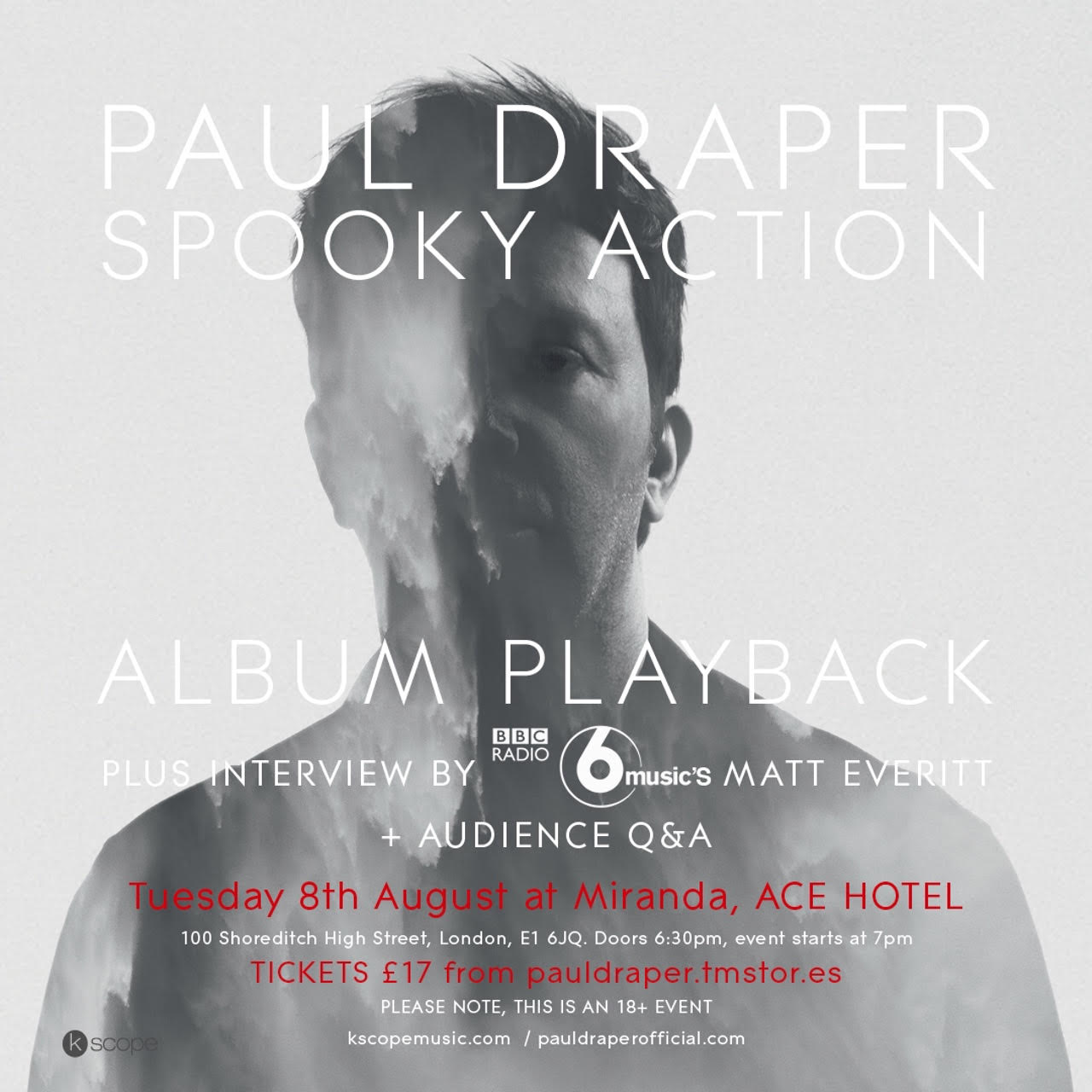