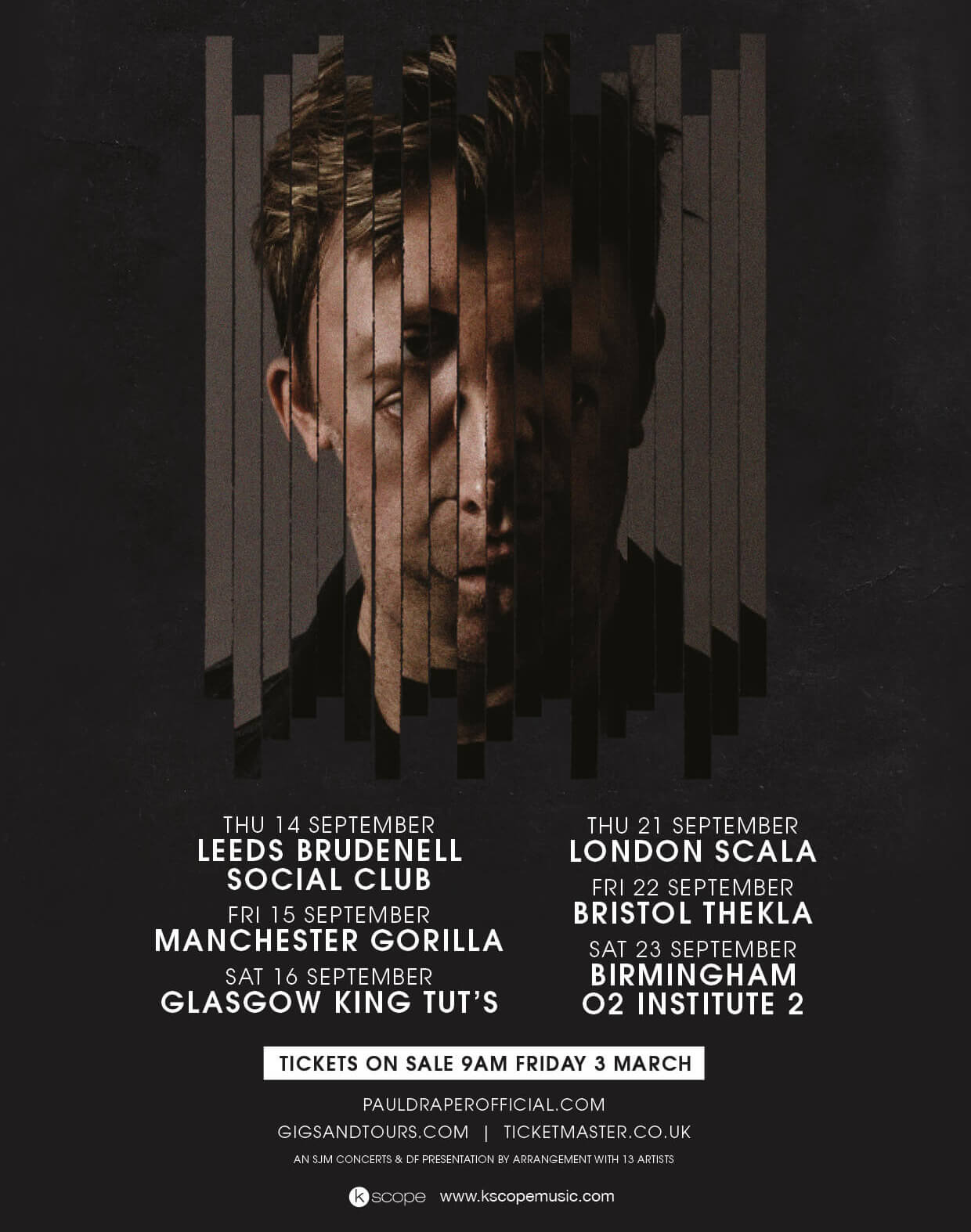 Following the huge success of EP’s One & Two, which both debuted at No 1 in the UK vinyl charts, Mansun’s former singer and producer Paul Draper has announced his first ever solo tour.  Dates are as follows:

These will be Paul’s first gigs since the final Mansun tour in 2002, and Paul will be playing with a full live band, including regular studio collaborator Catherine AD aka The Anchoress.

Tickets will be on sale from 9am on Friday 3rd March.  You can buy them on the Paul Draper website HERE