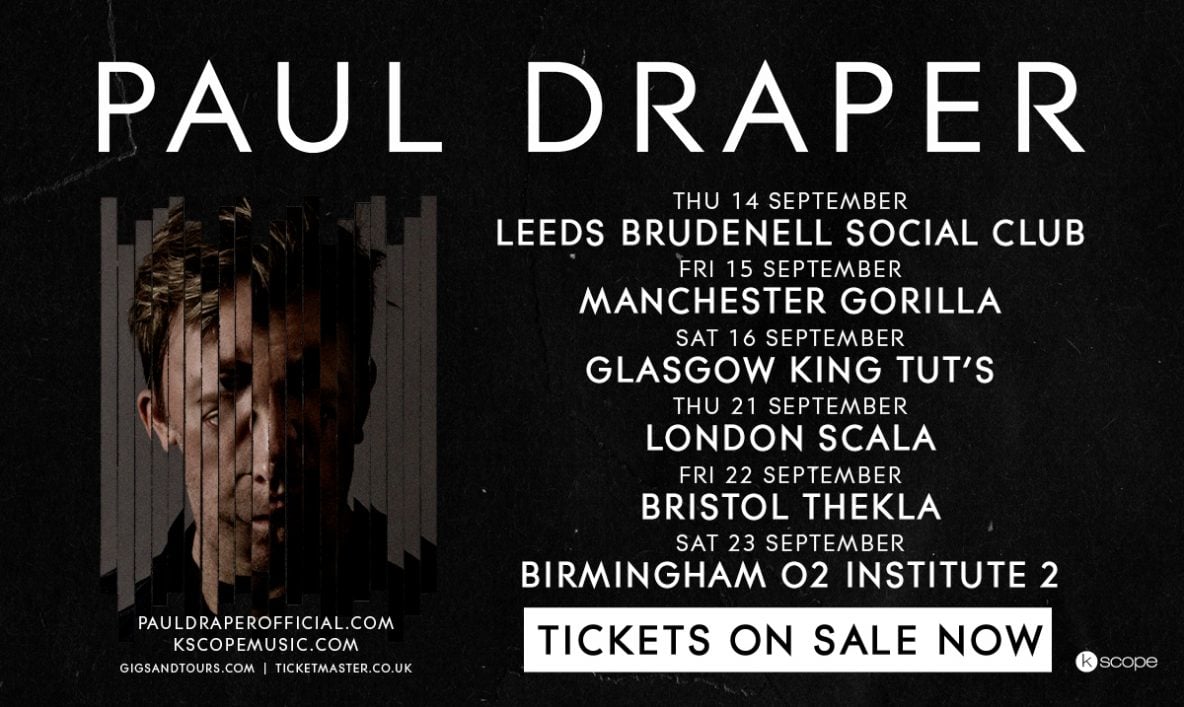 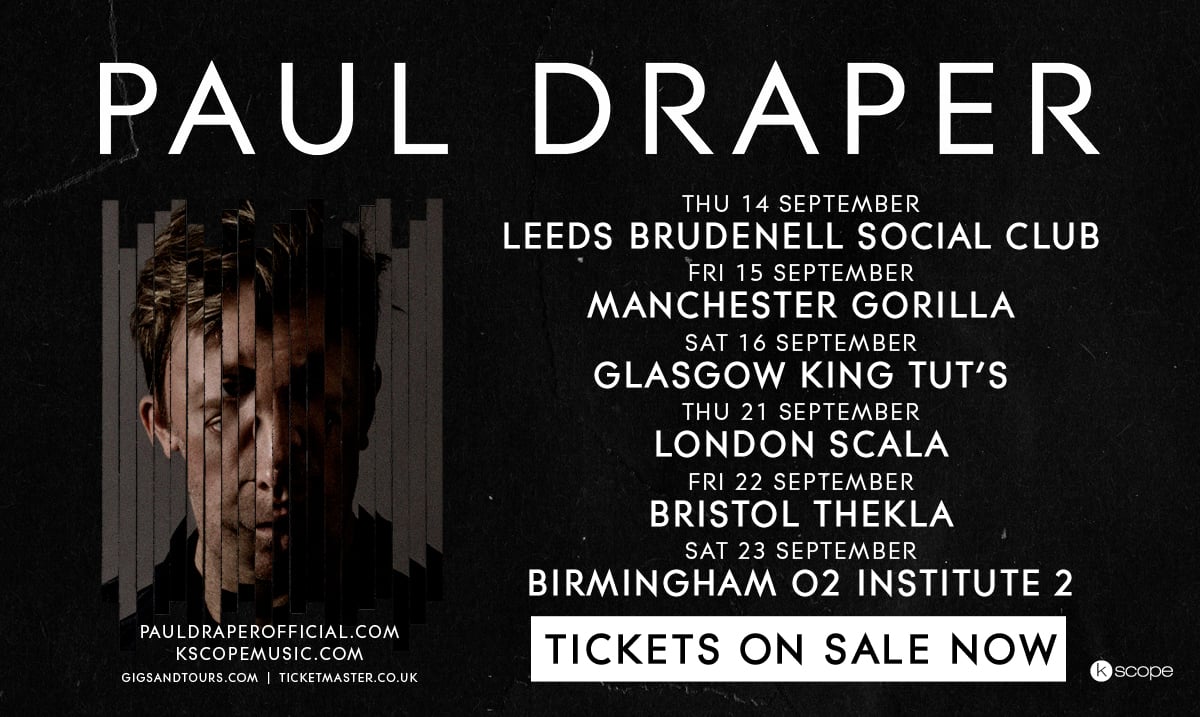 Tickets for Paul Draper’s long awaited first solo UK tour are now on sale.  The tour will visit six large cities, starting in Leeds on the 13th September and visiting Manchester, Glasgow, London and Bristol before concluding in Birmingham on the 23rd September.  Full details are as follows:

Tickets are expected to sell out fast, so buy now from  http://pauldraperofficial.com/tour-dates/