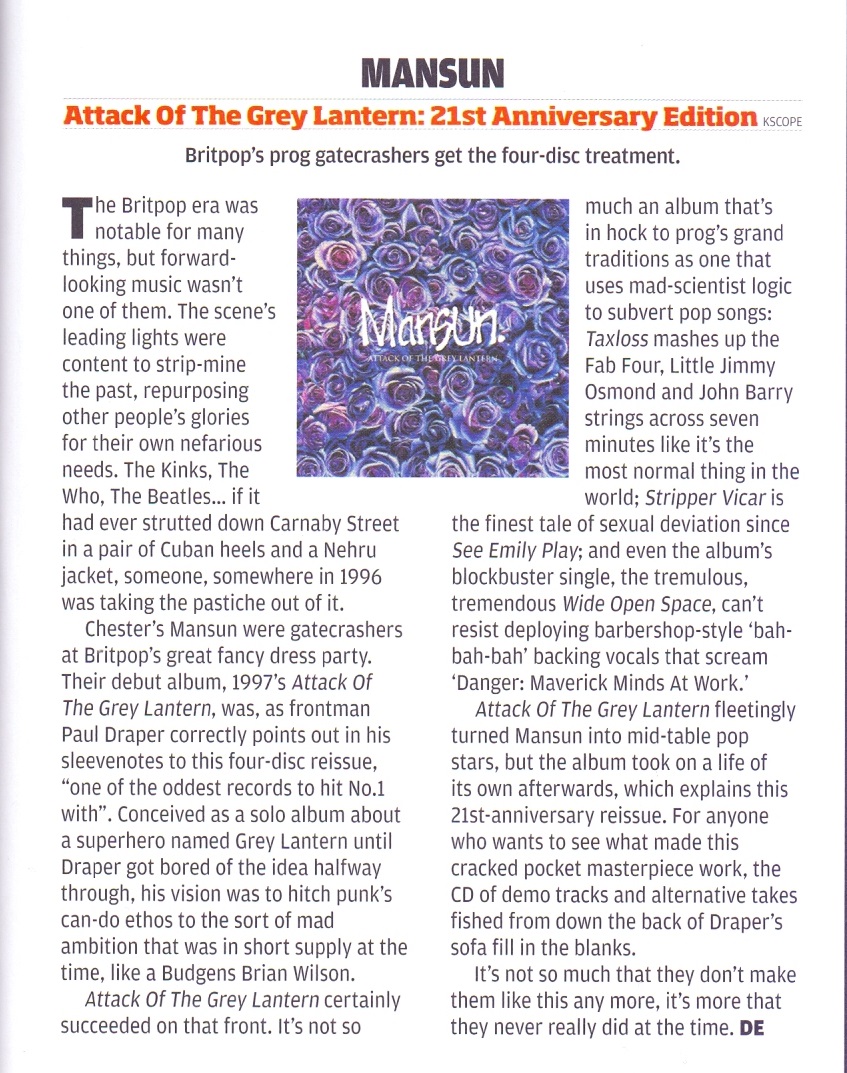 “It’s not so much that they don’t make them like this anymore, it’s more that they never really did at the time.”

The deluxe remastered reissue of Mansun’s classic debut album, is available as a media book CD, a 2x black gatefold vinyl, a very limited 2x purple gatefold heavyweight vinyl (complete with original design printed inner bags) and a lavish four disc Deluxe Book (3CD+DVD) including remastered album, DVD (including 5.1 mix, original videos and hi-def mix), a 70 page book with a new extended essay on the making of the record and its impact, a CD of never before heard demos, rarities & outtakes and a CD of selected Mansun BBC Sessions, as well as on all digital platforms.

It will be released 8th June 2018 and can be preordered at: http://found.ee/AOTGL_21ST_ANNIVERSARY

This month’s copy of Prog is out now at all good newsagents.