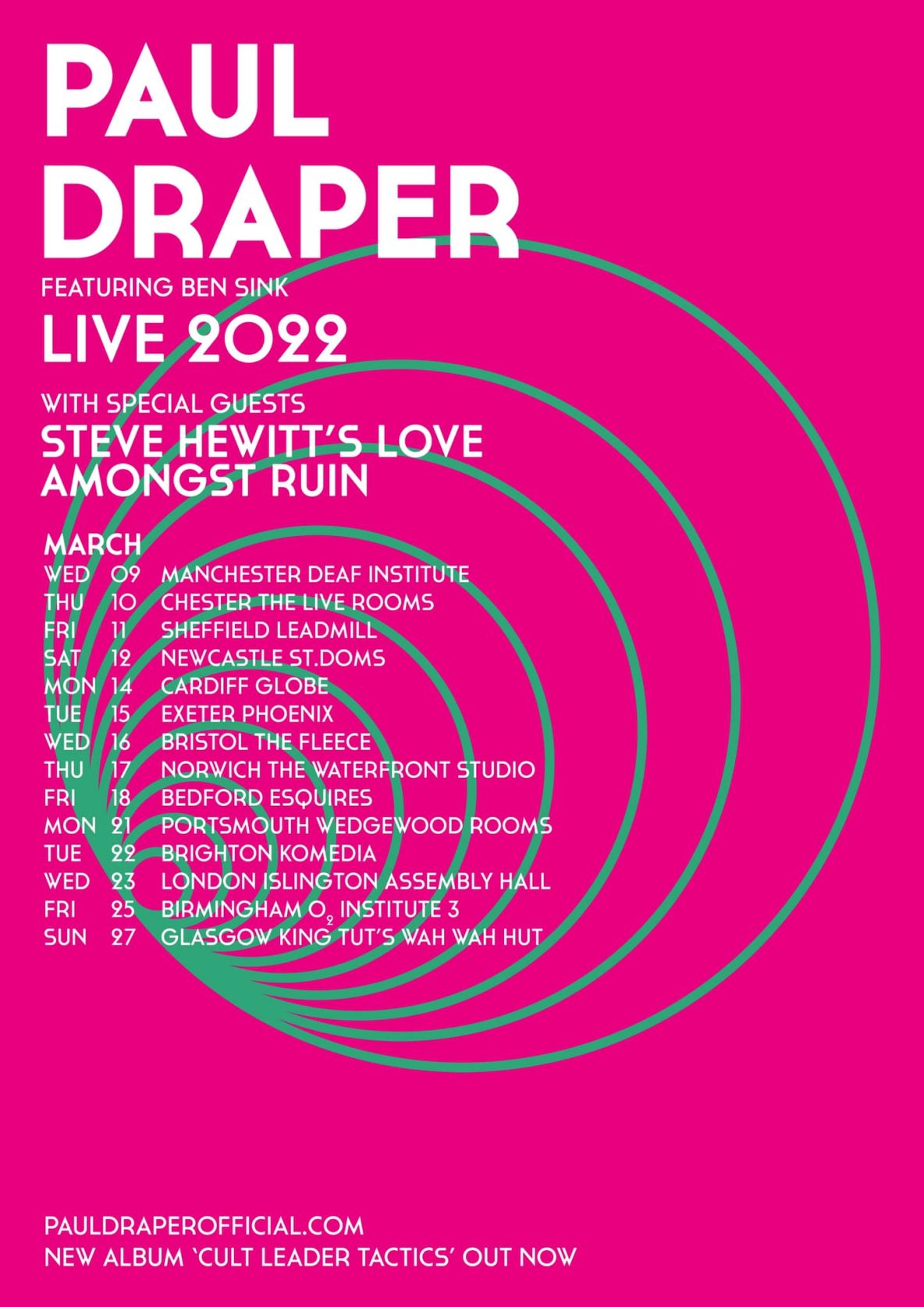 Paul Draper has, regrettably, had to cancel and reschedule some of his forthcoming UK dates in support of his new album Cult Leader Tactics, due to a family bereavement. Paul apologises to his fans that have been inconvenienced but hopes they understand the changes to the tour were unavoidable under the circumstances.
Tickets for the original shows will be valid for the new dates and fans who had tickets for shows that could not be rescheduled at this time will be able to be refunded from point of purchase. 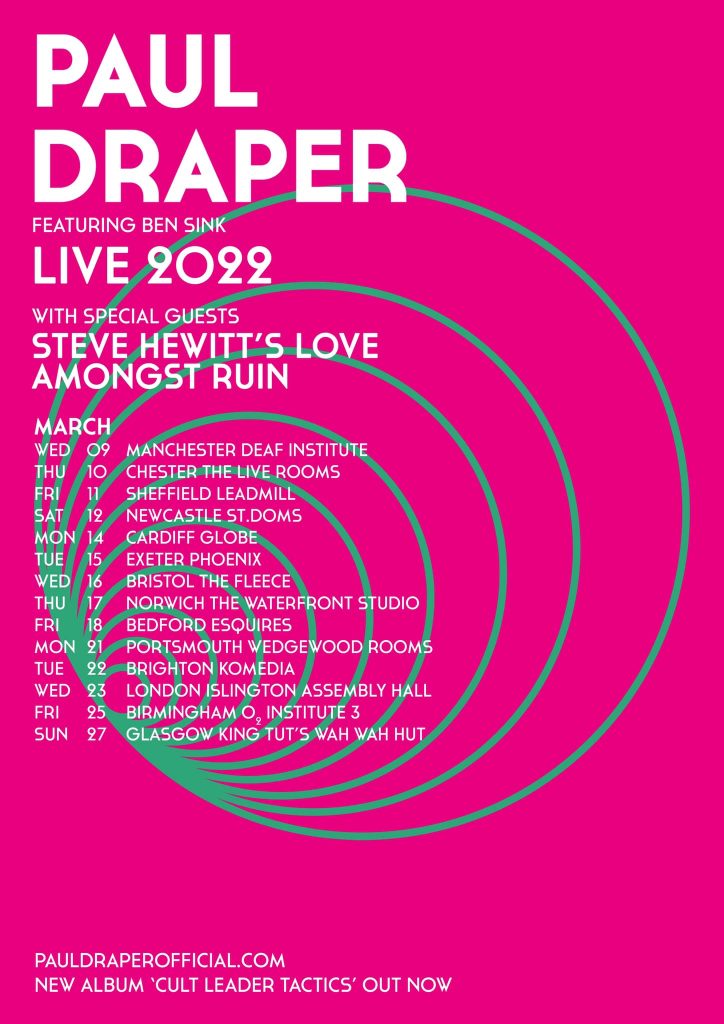