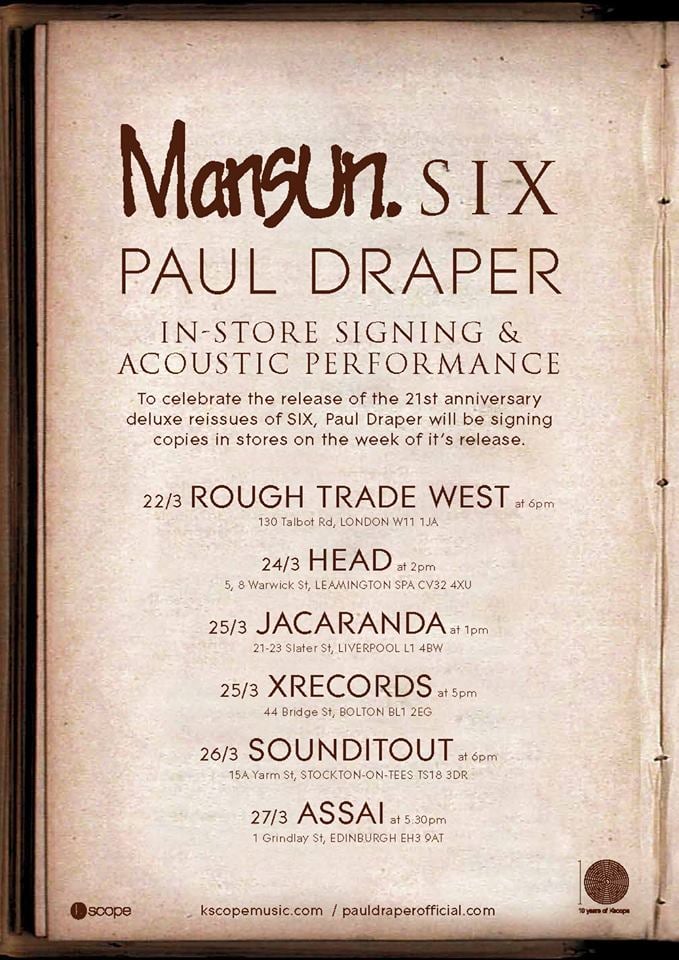 To celebrate the release of the 21st anniversary deluxe reissues of Mansun’s SIX, Paul Draper will be signing copies in stores on the week of its release.   Paul will also play live, acoustic tracks at each session, accompanied by his guitarist Ben Sink.

The in-store sessions will be as follows:

For further infomation and to buy tickets follow the links below:

Sound It Out Records, Stockton-on-Tees
👉https://m.facebook.com/SoundItOutRecordsUK/