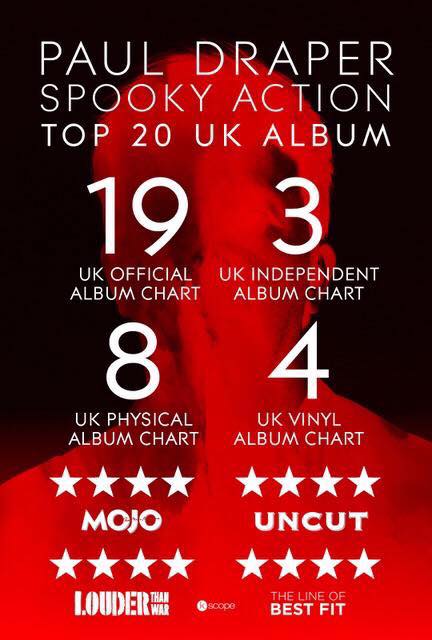 Spooky Action has hit the UK album charts reaching number 19 in the week of its release.  In addition the album took 4th place in the Vinyl Chart, number 3 in the Independent Album Chart and 8th place in the Physical Album Chart.

Thanking fans on his Facebook page, Paul said he was overwhelmed, and extended a thank you to everyone who helped with the record and all the fans who bought it.

Spooky Action is Paul’s debut solo album since leaving Mansun and can be bought at local record stores, HMV or there are a wide range of online options .