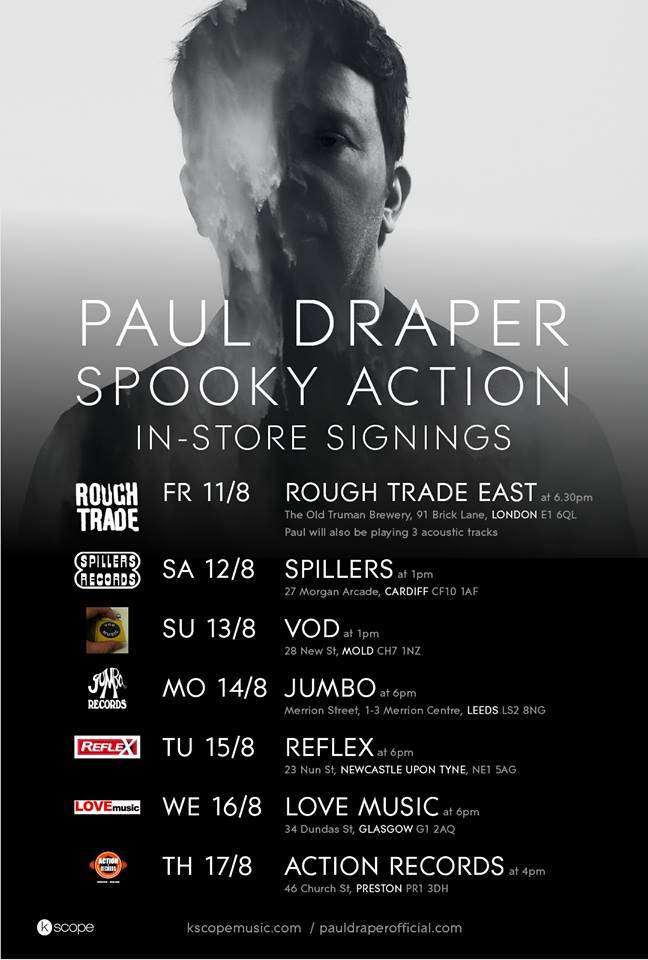 Former Mansun frontman, Paul Draper, will be visiting a number of record stores across the country between the 11th and 17th August, where he will be signing copies of  his debut album, ‘Spooky Action’.

The first signing session is on release day, Friday 11th August, at Rough Trade in east London, where Paul will also perform three live acoustic tracks.  This event is sure to be in demand, so visit the Rough Trade site HERE to book your place.

Starting times vary, so for full details please check the poster below.