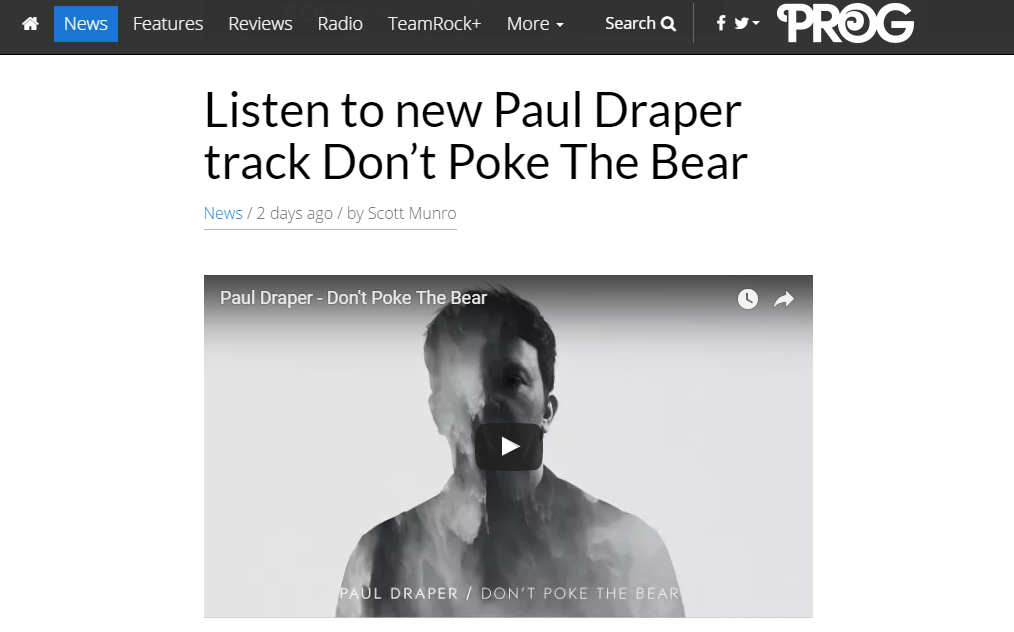 TeamRock have reported on the release of Spooky Action, the  debut solo album by former Mansun front man, Paul Draper, describing it as

“biting and brutally honest – an autobiography set to captivating, addictive melody across 11 songs that peak then peak again.”

The album will be released on Friday 11th August but is available to pre-order NOW across a wide range of formats HERE, with the opening track, ‘Don’t Poke The Bear’ being immediately available to download.

You can read the full article, which also contains the video for ‘Don’t Poke The Bear’ and details of Paul’s September tour  HERE .