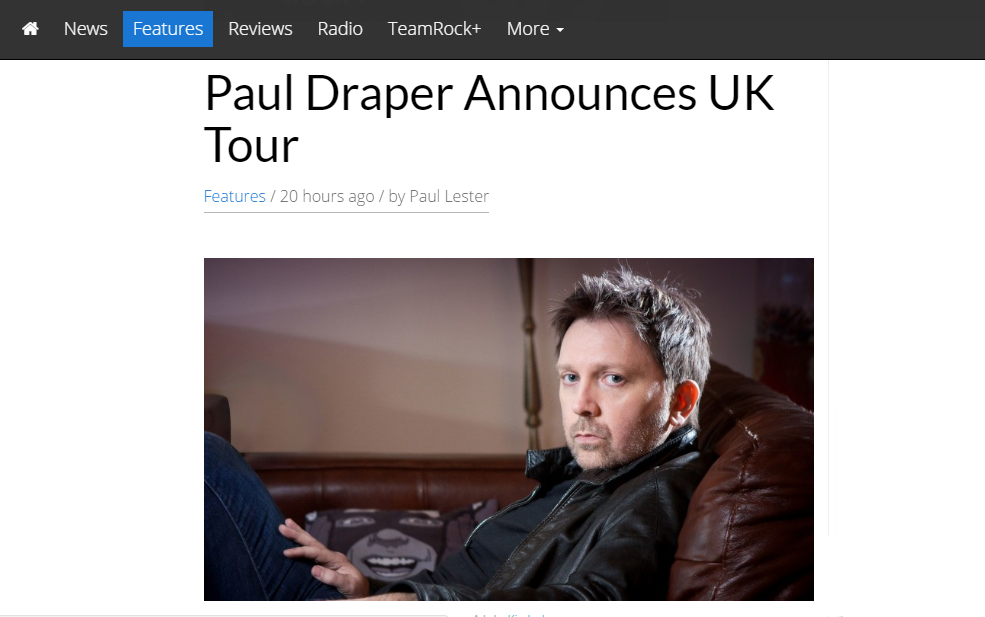 Paul Draper’s September tour has been featured by TeamRock.  This will be his first full tour since the last Mansun tour in 2002. Tour dates are as follows:

“My second solo EP [EP Two] outsold The Rolling Stones in the vinyl charts, so we thought, ‘We’re on a roll here – let’s get the tour on sale.”

Paul reveals that his set will comprise mainly new material although there will be a few Mansun classics thrown in.  Joining him in his band will be Catherine Anne Davies aka The Anchoress and Anthony Gorry (who played and toured Mansun’s final album, 2000’s Little Kix) on keyboards, Jon Barnett and Beau (both formerly of the band The Upper Room) on drums and bass respectively, with Ben Sink – his studio engineer – on lead guitar.

The full TeamRock article in which Paul talks, among other things, about his current collaboration with Steven Wilson, can be found HERE .