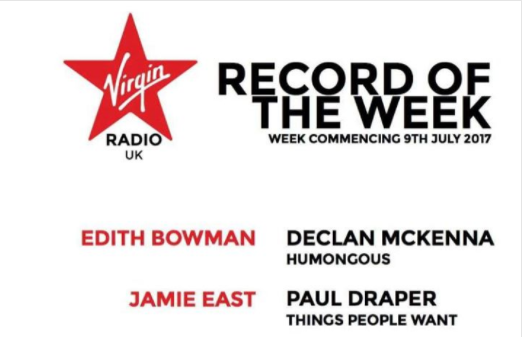 Be sure to catch the show on Wednesday when Jamie will also be interviewing Paul.

‘Things People Want’ is the first single from Paul’s debut solo album ‘Spooky Action’ which is released on the 11th August and available to pre-order now HERE .