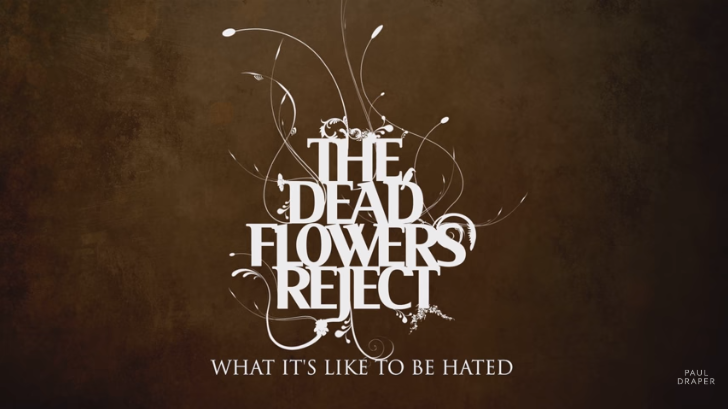 A new video has been released for ‘What It’s Like To Be Hated’;  taken from ‘The Dead Flowers Reject’ CD in the Mansun ‘SIX’ 21st Anniversary re-issue Deluxe four disc book edition.

The ‘Six’ reissue is available to pre-order now from: https://mansun.lnk.to/SIX_REMASTEREDFA

‘The Dead Flowers Reject’ is the compilation of bsides from ‘Six’ era EPs.  It is available on the Deluxe 4 disk  book edition of the ‘SIX’ 21st Anniversary Edition.
The full tracklist for ‘The Dead Flowers Reject’ is :
*What It’s Like To Be Hated
*GSOH
*Been Here Before
*When The Wind Blows
*Can’t Afford To Die
*Church Of The Drive Thru Elvis
*I Care
*King Of Beauty
*But The Trains Run On Time
*Check Under The Bed
*I Deserve What I Get
*Railings
*Spasm Of Identity