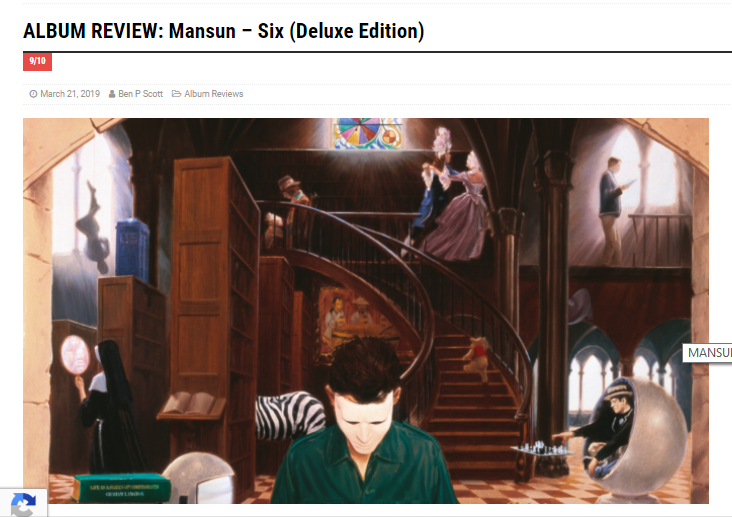 XS Noize have given the Deluxe reissue of Mansun’s ‘SIX’   9/10, saying that ‘artistically it may have been the greatest achievement of the late ’90s’, and describing it as  and a ‘post punk masterpiece‘.

‘‘Six’ was a hugely ambitious thing for a mainstream group to release in the late ’90s, a fascinating piece of work that had absolutely nothing in common with the musical landscape of the time. In fact, it’s very much a record that stands on its own, like nothing ever made or ever heard before in any musical era. It confused and bewildered many, as well as putting their chances of being the next biggest mainstream phenomenon back a few steps. But artistically it may have been the greatest achievement of the late ’90s.‘

‘It’s a post-punk prog masterpiece that didn’t make any sense in the indie rock scene of 1998 because it wasn’t meant to. Railing against the musical complacency of the surrounding mainstream climate, one of the reasons ‘Six’appeal hasn’t worn off is because it doesn’t sound dated. ‘